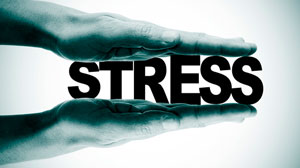 Dr. Ron Swatzyna remembers Nov. 5, 2009, well. That day, Major Nidal Hassan opened fire at Fort Hood, killing 13 people and wounding dozens of others. But all Swatzyna could think about was what must have been going on inside Hassan’s mind

“I think it finally finally set him into a secondary PTSD,” said Swatzyna, referring to the post-traumatic stress disorder likely brought about during Hassan’s military service. “He had no defense mechanisms to calm himself. And he had issues with anger.”

Incidents like that one in Killeen, Texas, have driven the Houston-based doctor and a growing number of specialists around the country to find a treatment for post-traumatic stress disorder that works.

For these and other conditions, there are a growing number of medical experts who say they have discovered a groundbreaking treatment that doesn’t involve taking more pills or traditional approaches. It involves stimulating the brain in a way that’s never been done before.

The symptoms for PTSD include anger, nightmares, flashbacks and difficulty concentrating. This is the result of being bombarded by images of war.

“Part of it is an exercise in focus and attention,” says Swatzyna, referring to neurofeedback therapy. It’s a cutting-edge approach to treating PTSD and other brain disorders.

“The first part of neurotherapy for PTSD is to teach the brain to be calm and stable. The second part is to allow the brain to access and resolve the traumas,” says Susan Othmer, the clinical director of the EEG Institute in California.

Dr. Siegfried Othmer and Susan Othmer have been involved with neurofeedback since 1985. What got them involved initially was their son’s seizure disorder. The neurotherapy training was life-transforming for him, and inspired them to continue developing neurofeedback therapy and to the promote its public acceptance.

Neurofeedback therapy is essentially brain training. It’s been around for some 30 years, and is now gaining acceptance as a way to treat everything from ADHD to anxiety and PTSD disorders by teaching the brain to self-regulate better.

Through a set of mind exercises and even video games, the patient learns to control his brain output or brain wave activity.

Mark Schell is one of Ron Swatzyna’s patients. He treated the 18-year-old’s inability to concentrate or sit still. Schell’s grades suffered as a result.

At Swatzyna’s office, electrodes were attached to Schell’s scalp to listen in on his brain wave activity.

“The one on top is his good brain waves. I want him to make more,” says Swatzyna, pointing to the electroencephalogram, or brain wave activity being recorded real-time onto a computer screen.

“I’m telling him to stop making the dysfunctional ones. All he knows is I’ve always told him get these lines nice and straight.”

Swatzyna also puts Schell through video game tests. One is a car racing game in which the goal is to make the car go as fast as possible and stay on the track. But there is no joy stick or controller. Schell controls the car’s movements solely with his mind.

“The brain picks up and learns what are nice waves,” says Swatzyna.

The goal in the games is to make Mark’s brain waves line up with what is determined to be normal brain wave function or frequencies. It can take a few weeks to a few months to get good at it.

“After two weeks, I actually started sleeping better. And to where, even if I had a nightmare, I got a drink of water and went back to bed. The future actually has some hope to it now,” says Iraq war veteran, Andrew Szabowski who underwent neurotherapy for PTSD through a foundation called, Homecoming 4 Veterans.

“Where does the resolution lie for PTSD? It means decoupling that body memory from the historical memory. That is what we do with neurofeedback,” says Dr. Othmer.

“I don’t know how or why it just works,” says Szabowski.

“I just thought it’d be another failure, but this is the real deal,” says Schell of his treatment.